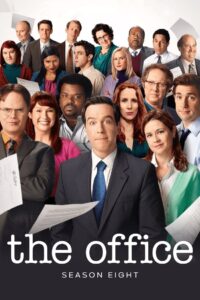 The eighth season largely centers around Andy Bernard’s ascension to regional manager, as well as the antics of Robert California, the new CEO of Sabre, a fictional printer company that owns Dunder Mifflin. Halfway through the season, Dwight Schrute —along with Jim Halpert, Stanley Hudson, Ryan Howard, Erin Hannon, and Cathy —travel to Florida to help set up a Sabre Store, where Nellie Bertram is introduced. Eventually, former CEO of Dunder Mifflin David Wallace buys back the company, firing California.